As one might have guessed already, ‘Frankenslot’s Monster’ is themed around the renowned neo-gothic story about doctor Frankenstein, and his creature. The 3D slot features five reels with 20 paylines on them, and includes a special bonus feature in which gamers can operate switches in order to boost their final winning by up to x25 the initial payline bet. Whenever you score a scatter symbol, expect to be rewarded with extra free-spins, while the wild icons appearing on the reels as you play are likely to further increase your credit point standings! 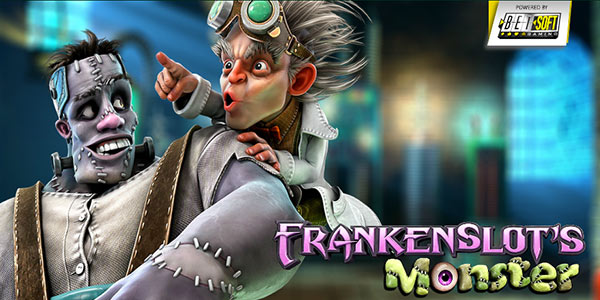 Speaking of their new slot, Betsoft’s vice-president of sales and marketing Mark McKeown notes that “Retelling favourite stories is as old as humankind itself”, and it was a real pleasure “at every level of development” for the company “to create a game based on such a well-known tale”. The game’s animated background, McKeown continues, “intensifies the spookiness of the secret underground laboratory theme”, and the player is cheered up during the gameplay as their wins are celebrated by characters. McKeown believes “these special touches – for which [Betsoft] are globally known – will please players of all demographics”.