One of the industry’s most promising and innovative gaming content developers seeking to expand globally after they conquer the U.S. market.

In face of numerous reservations in regard to sustainability and hardships associated with legal regulation in the United States, NetEnt, the globally acclaimed Swedish developer of virtual casino games and gambling content, has clear intentions to increase their worldwide market presence up to almost one-third.

NetEnt’s ‘founding father’ Pontus Lindwall, himself coming from a family one way or another associated with gambling, established the company in 1996. Today, the Stockholm-based NetEnt is just one of the country’s range of successful companies seeking to expand overseas. Just a little while ago, the developer started their cooperation with several British, Spanish, and American gambling portals, with an aim to provide them with quality gaming content. By the end of 2015, the company’s market value reached an impressive $2 billion, with the profit increase being close to 50%. 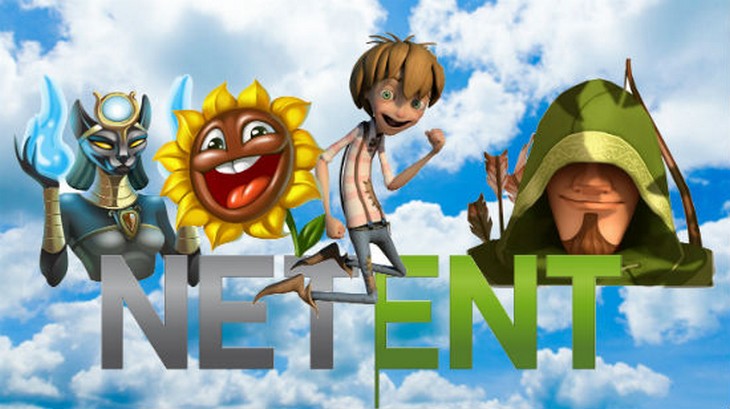 As reported by Norskenyheter.com, NetEnt’s CEO Per Eriksson seems to be more than optimistic about his brainchild’s future and “big growth potential in Europe”, saying that with their current market share of 30 percent, they have “70 percent to take”. Further on, Eriksson continued, “[NetEnt has] the U.S. waiting for [them], and that is something [they] are looking forward to”. Reportedly, the company hires over 700 new employees locally and in Malta now, and takes on extra software developers in Eastern Europe.

Twenty years have passed after NetEnt was launched, and we can see now, that, aside from virtual slot machines, the developer’s another in-strong-demand content is live casino games, giving gamblers the opportunity to enjoy real-time gameplay with live dealers accepting their bets online. In early summer 2016, this platform will also become compatible with mobile devices, thus stirring up NetEnt’s rivalry with Evolution Gaming (another Swedish casino gaming soft developer) and Playtech, renowned for being online live gambling pioneers. NetEnt’s CEO Per Eriksson thinks that investing in product range expansion and launching outposts in new markets can take effect this year already.

Clearly, the company needs to deal with certain pitfalls that appear to be too considerable to be neglected. Tax boost can become a serious obstacle for a gambling business in achieving their goals, one of the best examples being France’s 30% tax increase for operators in 2009 which resulted in the loss of customer base and subsequent profit slump for NetEnt. The situation was alike in the British market. Another crucial issue that is impossible for gambling companies to ignore is the players’ susceptibility to addiction, one of the true scorges of today’s society.

Eriksson brushes any doubts aside. The gambling is, for sure, “here to stay”, he says, as “it’s a little bit like rock-n-roll in the 50s, when people said it will destroy everything”.

In Mr. Eriksson’s opinion, the overall global success can be achieved by, among other things, introducing a mobile playing platform, offering virtual games in brick-and-mortar casinos, and running government lotteries. Still, already now, some experts are dubious whether NetEnt does really have what it takes to keep developing as sustainably as it has been so far.

Speaking of the company’s strategy in the U.S. market, it should be noted NetEnt is among the enterprises supporting deregulation of the country’s gambling business environment. As of now, there are very few states in the U.S. where online casino gaming is legal, with New Jersey being one of such gambling-friendly jurisdictions. NetEnt has been far-sighted enough to enter into cooperation with the majority of the local gambling businesses, and Pennsylvania, along with several more neighboring states, is more than likely to become their next target.

As estimated by Simon Holliday, the forebear of H2 Gambling Capital company, one of the area’s major analysts, the overall potential of the U.S. market could reach a mind-bending $8 billion in terms of prospective winnings, making it about 20% of the global volume. Holliday, however, doesn’t believe in the deregulation process to run any quickly in the United States.